This is one of the best organizations I have ever volunteered for. These people care about the animals they rescue as well as the people who volunteer for them!
Would you recommend Heartland Small Animal Rescue Inc to others? Yes
+ That's helpful!  |

I have adopted numerous pets from Heartland Small Animal Rescue. I appreciated the hard work and dedication of the volunteers and their professionalism. I am aware that they are a non-profit and do not have an actual location to house animals, meaning they do all this through their own homes! Amazing! Thank you Heartland for helping me adopt my wonderful pets. I highly recommend them to anyone looking for a new family member!
Would you recommend Heartland Small Animal Rescue Inc to others? Yes
+ That's helpful!  |

Heartland has become my favorite rescue in South Bend. I have fostered six dogs and adopted all three of my dogs from Heartland Small Animal Rescue. They were so nice and patient with all the questions I had. They were quick to check out my Vet references and quick to communicate with me. All of the volunteers there are so selfless and they go above and beyond to take care of all of their animals. I highly suggest Heartland to everyone looking for a new pet! 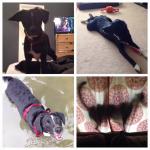 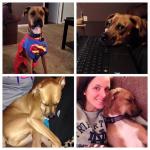 Would you recommend Heartland Small Animal Rescue Inc to others? Yes
+ That's helpful!  |

I am appalled by the unethical behavior and complete lack of integrity of the dog adoption coordinator at Heartland Small Animal Rescue.

After an egregious error, South Bend Animal Care and Control gave away the dog (“Mya”) upon which I had a pending adoption a mere hours before I was to adopt her. She was given to Heartland. I immediately called the adoption coordinator at Heartland (twice). She confirmed that they did have Mya. I told her that I would take Mya THAT DAY. I could meet her or whoever had Mya in less than an hour. She told me that she could not adopt out a dog until I had filled out an application and encouraged me to do so. I immediately did. She promised that she would give me a call on Monday. That call never came.

I called her again on Friday, October 10th in the afternoon. She did not return that call either. On Saturday, October 11th, I went to PetSmart in South Bend for the adoption event that Heartland holds weekly. I met her, and she informed me that Mya had been adopted just last night. I asked why she never called me. These are the “reasons” she gave:

1. She was waiting to hear from South Bend Animal Control to see if they wanted the dog back. She never heard from them. Why then, I asked, did she allow Mya to be adopted by someone, if she was waiting for animal control? I never received an answer to this.

2. She said that my vet references did not check out, but it clearly said on my application that all of my dog’s vaccinations and heartworm preventative are from VIP PetCare clinic. Additionally, my vet has records of these vaccinations, and I have the receipts for them.

3. She said she had been busy. Interestingly, I had called her and left a message on Friday afternoon. Too busy to call me, but still able to take the foster family’s call just hours later.

South Bend Animal Care and Control attempted to retrieve the dog from Heartland, but the adoption coordinator refused. Despite knowing that there was already a pending adoption and despite having an adopter immediately available, the coordinator decided to allow one of her friends to adopt the dog rather than even give me the courtesy of a callback.

I appreciate that the volunteers at Heartland are just that—volunteers. Ethically, she should have called me at some point in this process. Instead, she was simply going to wait for me to give up.

By the power of sheer incompetence on the part of South Bend Animal Care and Control and an abhorrent lack of ethics on the part of Heartland Small Animal Rescue, I am unable to adopt the dog that I fell in love with. My heart is broken, and I can only hope that this message will save others from the same pain and frustration. Adopt from a reputable shelter.
Would you recommend Heartland Small Animal Rescue Inc to others? No
+ That's helpful!  |